Many TikTok accounts have been sharing doomsday theories about CERN’s Large Hadron Collider, sparking fear on the platform.

Conspiracy theories about the European Organization for Nuclear Research (CERN) are rampant on TikTok, garnering millions of views.

On July 4, 2012, scientists used the Large Hadron Collider (LHC) to study a zero-spin particle known as the Higgs boson.

Ten years later, the Geneva-based physics institution announced that it was turning on the LHC again.

But now conspiracy theorists believe the LHC will open a “portal” to another dimension following the experiment, which resumed on July 3.

A TikTok user has claimed that scientists are trying to “reverse engineer the Big Bang”. 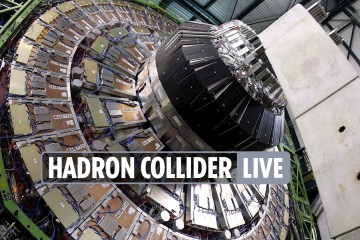 “It’s possible this could create a black hole, alternate universe, or portal,” the TikToker said.

“I don’t know man, it worries me a lot,” one user commented under the popular reel.

A second TikToker made a similar claim in a separate video that received over 250,000 likes.

“The [scientists] open a portal to another dimension, where the other universes are,” she said.

“They know it, they’re just trying to hide it from you.”

In response to the video, a frightened user said, “Jesus Christ protects us all.”

Meanwhile, other TikTok creators have debunked CERN and the purpose of the LHC to others via “debunking” videos.

User @New_Age_Mythbuster posted a reel that shared facts from the CERN website in a bid to allay people’s fears.

What is the LHC?

The Large Hadron Collider at CERN is the largest and most powerful particle accelerator in the world.

It is located 300 feet below the Franco-Swiff border in a huge tunnel.

Launched for the first time on September 10, 2008, the LHC remains the latest addition to CERN’s accelerator complex.

Why does CERN use the LHC?

CERN studies high-energy physics and uses the LHC to continue its research.

CERN is conducting a series of experiments which started on July 3, 2022.

On July 5, experimental collisions at the LHC discovered three new “exotic particles”, according to Fox News.