June is Pride Month, which has many local celebrations and events, including several Shabbat services at St. Louis-area synagogues, in support of the LGBTQ+ community. This year’s PrideFest will culminate with the annual Gay Pride Parade in downtown St. Louis on Sunday, June 26 at 11 a.m.

The Jewish Federation of St. Louis invites everyone to stand with them at this year’s Fest and show their support by donning the new PrideFest Jewish Community T-shirt, designed by local artist Josie Talve-Goodman .

Talve-Goodman, 40, grew up in the traditional Congregation and graduated from Pattonville High School in 2000. She received a Bachelor of Fine Arts from the University of Kansas and a Master of Arts in Teaching from Lindenwood University. . She now teaches art at Congregation Temple Israel’s Deutsch Early Childhood Center, but she and her husband, Jake Talve-Goodman, are members of the Central Reform Congregation.

When her friend Randi Smith, who works at the Federation, asked her to create a new design for this year’s Pride t-shirt, she jumped at the chance and volunteered to do it.

“I worked at a high school as a GSA (Genders & Sexualities Alliances) sponsor,” Talve-Goodman said. “We used to lobby and do a lot for LGBTQ+ rights. This is the first time in a long time that I’ve had the chance to do something for the community and be an ally and advocate for my friends and strangers.

In creating her design, Talve-Goodman says she wanted to represent several ideas; Pride, St. Louis, the transgender community and Jews of color. 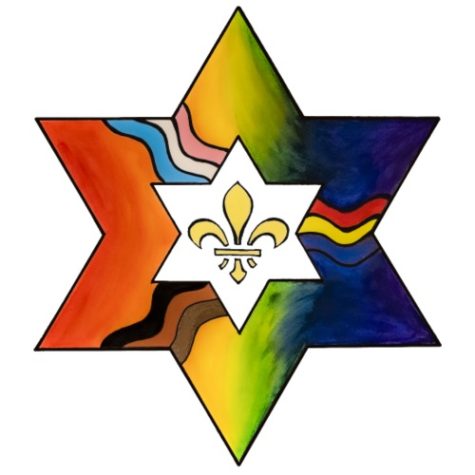 “I also wanted to create a new design different from the past. Shira Berkowitz, used the Arc to represent St. Louis, so I decided to use the confluence of the Missouri and Mississippi rivers seen in the flag of St. Louis,” Talve-Goodman said.

The design features an outline of the Star of David, which is filled with a mix of the six colors of the Pride Flag; red, orange, yellow, green, indigo and violet.

Connect with your community every morning.

“I had started another design, where I wove another star into the design and used the negative space for confluence. I loved it and it led me to this look,” Talve said. Goodman.

The Missouri River is depicted at lower left, with colors representing colored Jews, a mixture of black and brown. The Mississippi River is depicted at upper left, with colors representing the transgender flag, pink, light blue, and white. Above the point of confluence is a second Jewish star representing the fleur-de-lis, drawing attention to the French origins of Saint-Louis. The continuation of the Mississippi after the confluence is shown on the right side of the design, with the colors of the flag of St. Louis, red, yellow and blue. 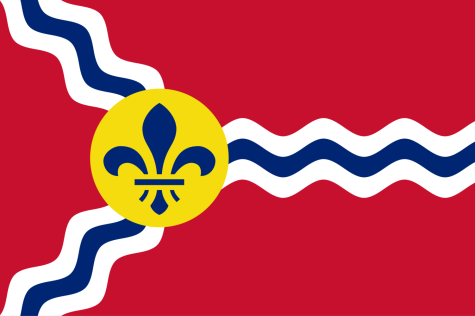 The deadline to order PrideFest St. Louis Jewish Community T-shirts to ensure pre-parade delivery has passed, but you can still order yours here, to be picked up at Baked T’s in University City.