A preview of the meeting (Photo: VNA)

Addressing the event, National Assembly (NA) Permanent Vice-Speaker Tran Thanh Man, who is also chairman of the Vietnam-France Friendship Parliamentary Group, pointed out that the Vietnamese NA has actively engaged in parliamentary diplomatic activities, both bilateral and multilateral, including those with the parliaments of the countries of the French Community.

He pointed to the efficient operations of Vietnam’s APF subcommittee, adding that Vietnam will host the APF’s Asia-Pacific conference from Nov. 28 to 30 in Da Nang city.

Man said that the International Organization of La Francophonie (OIF) and French-speaking countries have played an important role in Vietnam’s foreign policy.

Vietnam always supports the values ​​and objectives of the
Francophone community, including peace, democracy, cultural and linguistic diversity, solidarity, cooperation and development. This is also the goal that the Vietnamese state and people are trying to achieve, he said. 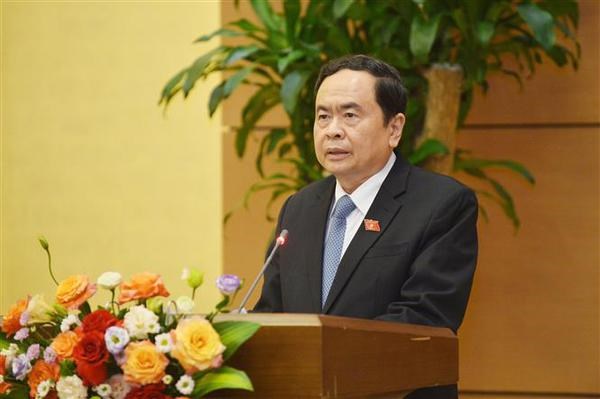 The legislator recognized the contributions of the Vietnam Friendship Parliamentarians Organization to the success of the country’s parliamentary diplomacy over the years.

NA vice president commends initiatives and efforts of Vietnam-France parliamentary friendship group and APF VietnamThis sub-committee as well as the contributions of ambassadors and heads of international organizations through different activities.

He expressed his belief that the meeting will help promote mutual understanding and cooperation between the Vietnamese NA and its partners and open new opportunities for collaboration between localities in Vietnam and countries.

Highlighting a number of activities of the Vietnamese APF Sub-Committee over the years, Sub-Committee Chairperson Nguyen Thuy Anh expressed her hope that ambassadors and heads of Francophone organizations in Vietnam and MPs from the ‘AN will continue to work for stronger relationships. of the Vietnam-France Friendship Parliamentary Group and the Vietnamese sub-committee with their peers from other French-speaking countries.

She underlined the need to increase the sharing of experiences between countries in the development of laws and other areas of common interest.

The APF is an interparliamentary organization of the member countries of La Francophonie, which currently has 90 member sub-committees. The National Assembly of Vietnam has been an observer since 1974 and a full member of the APF since 1991./.