WHITEHALL—The Fruitport Trojans made quick work of the Howard City Tri-County Vikings on Thursday afternoon as they scored five runs in the first inning and never looked back. The Trojans won the Division 2 regional baseball game against Tri-County 17-1 in 4 innings.

The match was played at John C. Huizenga Field in Whitehall.

With the win, the Trojans (21-15) advance to the Division 3 regional championship game on Saturday afternoon at Clare High School at 12:30 p.m.

Fruitport will face Bay City John Glenn, who will go 24-8-1 overall. The Bobcats qualified for the championship game on Wednesday after beating Clare 16-0 in 3 innings. Bay City John Glenn is a member of the Tri-Valley Conference 8

On Thursday, Fruitport took a 5-0 lead after one set and kept their foot on the gas the rest of the way.

The Trojans got going when Aiden Vela reached for a hit per pitch, followed by a single from Gavin Reames.

The Trojans went on to score five times in the inning, helped by back-to-back singles from Mayson Whitlow and Brady French.

Pitcher Cody Matuz stopped the Vikings. He pitched three innings with two strikeouts and no walks.

The top hitters for Fruitport were Reames with four hits and two RBIs and Matuz with three hits and three RBIs. Whitlow and French each had two hits while French had three RBIs. 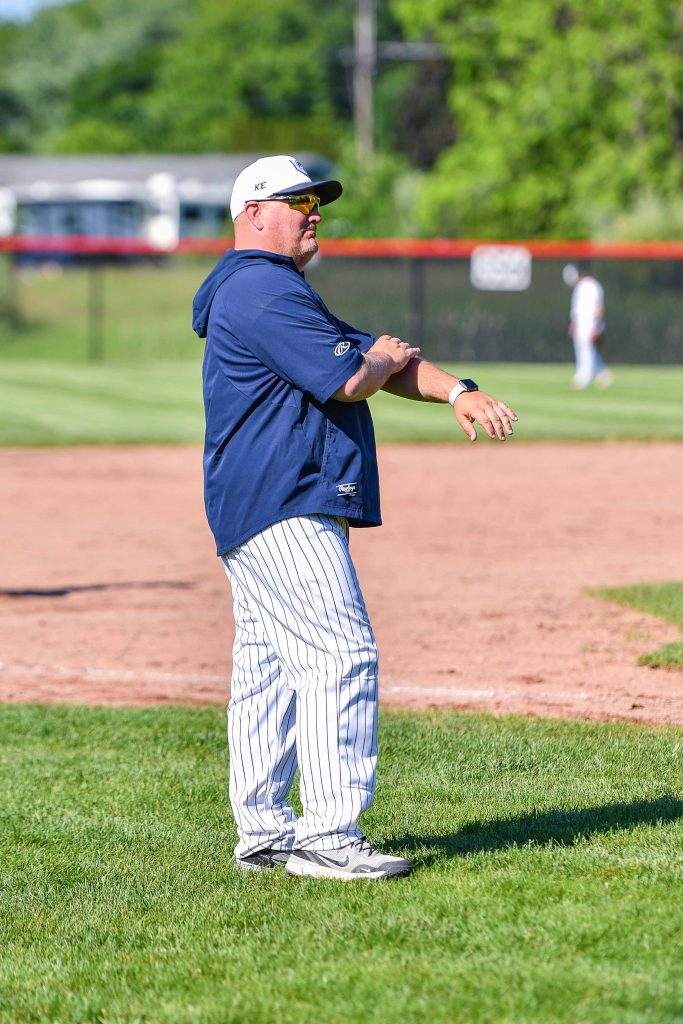 Fruitport coach Nick Reed waves to his batter as the Trojans take a comfortable lead in the fourth inning. 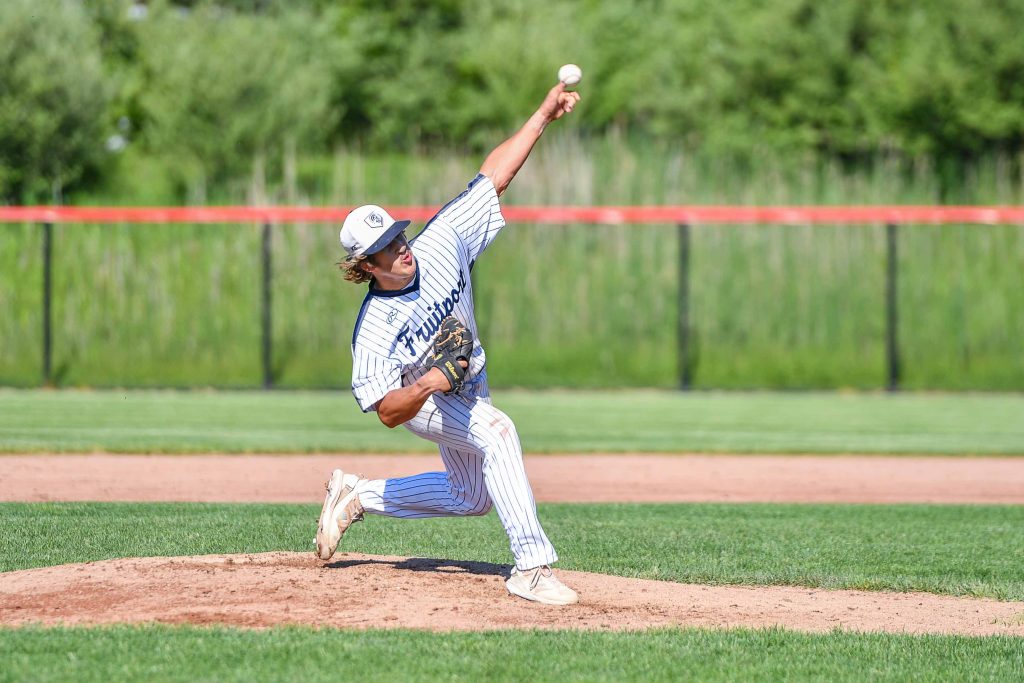 Gavin Reames throws the 4th inning in relief to close the victory for Fruitport. 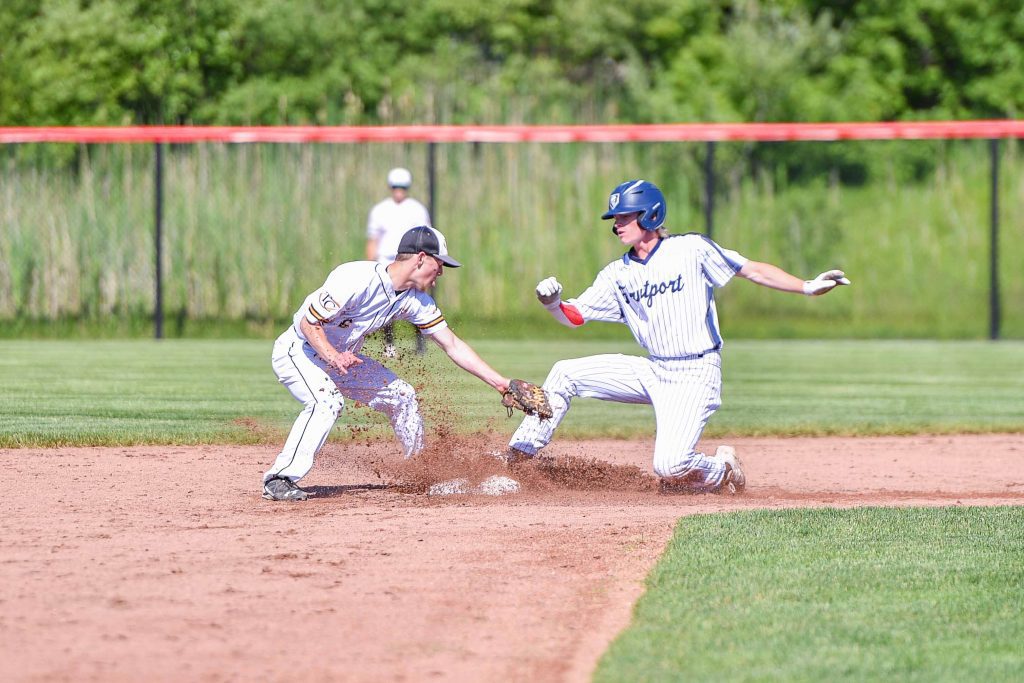 Mayson Whitlow with a contextual slide on stealing second base. 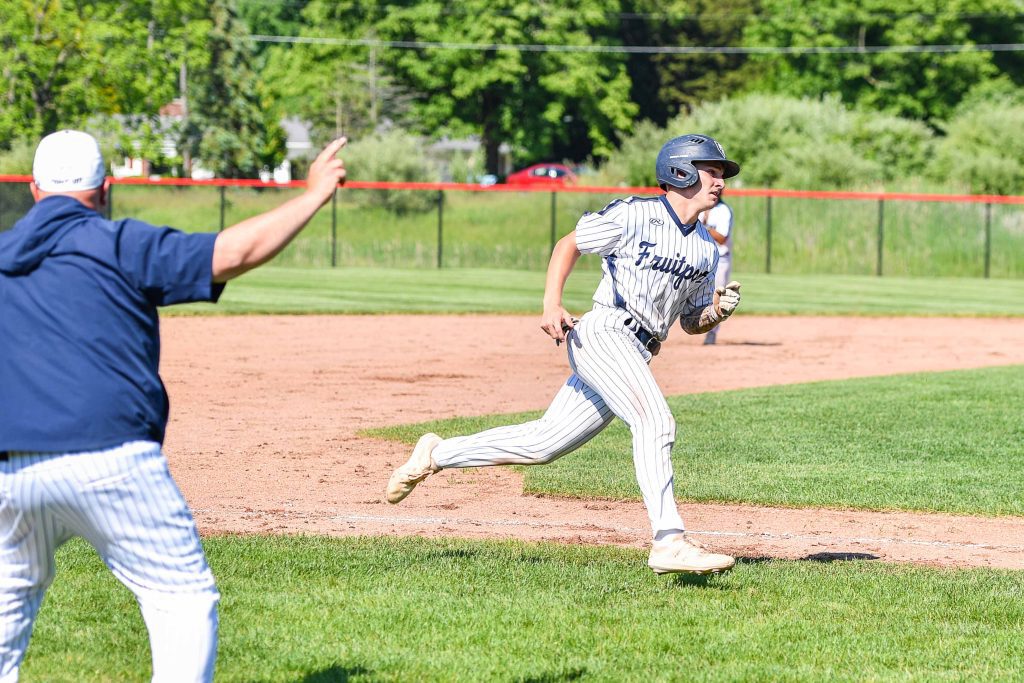 Fruitport’s Aiden Vela is brought home on an RBI brace by Cody Matuz. 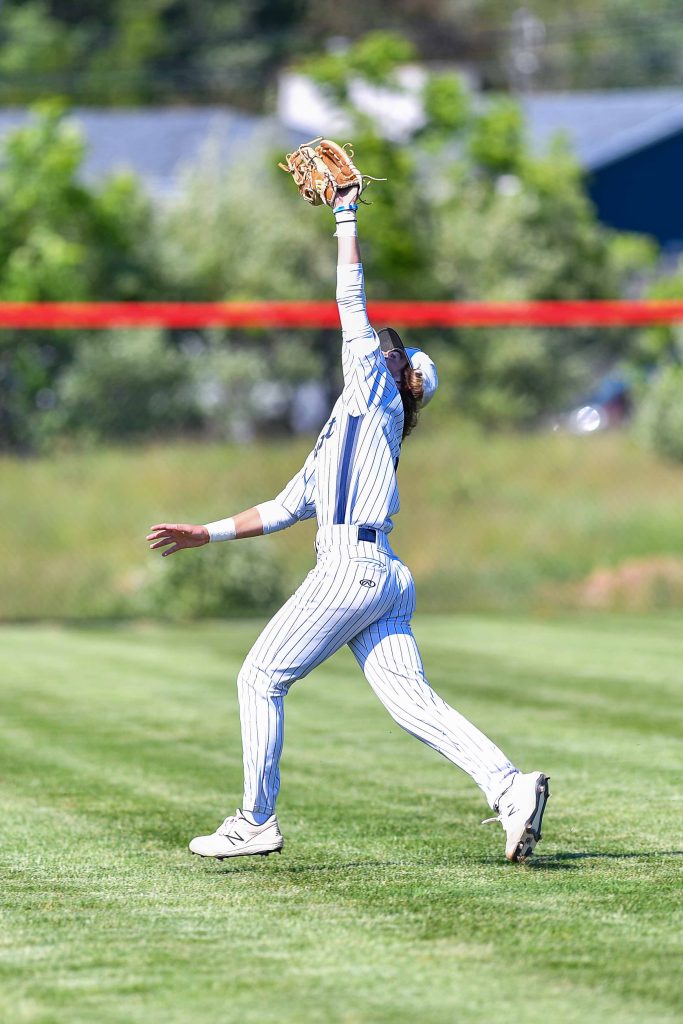 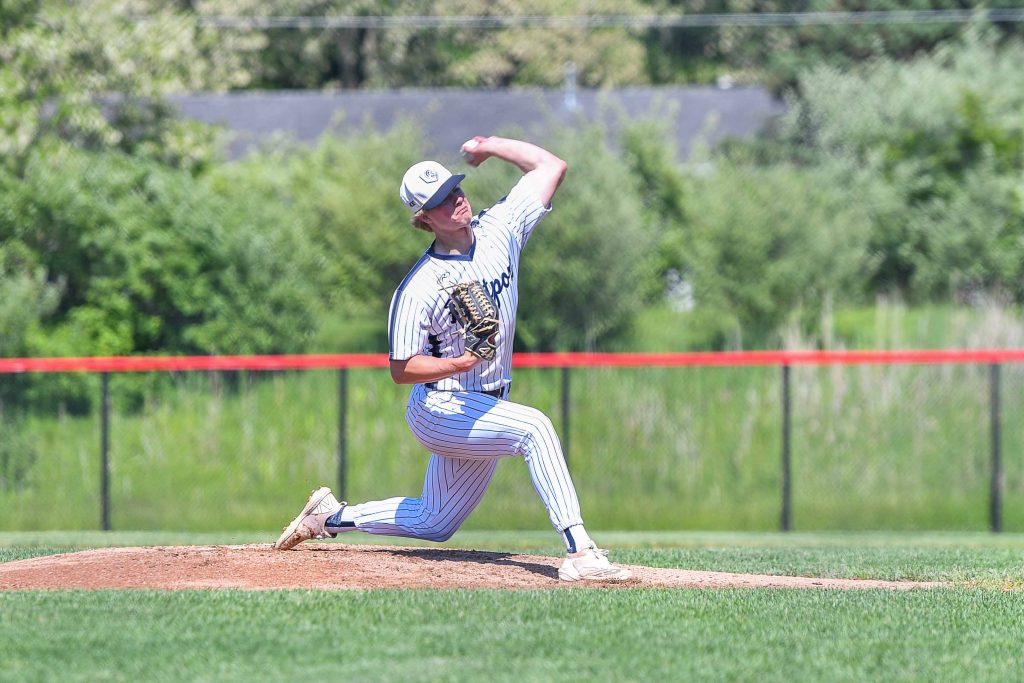